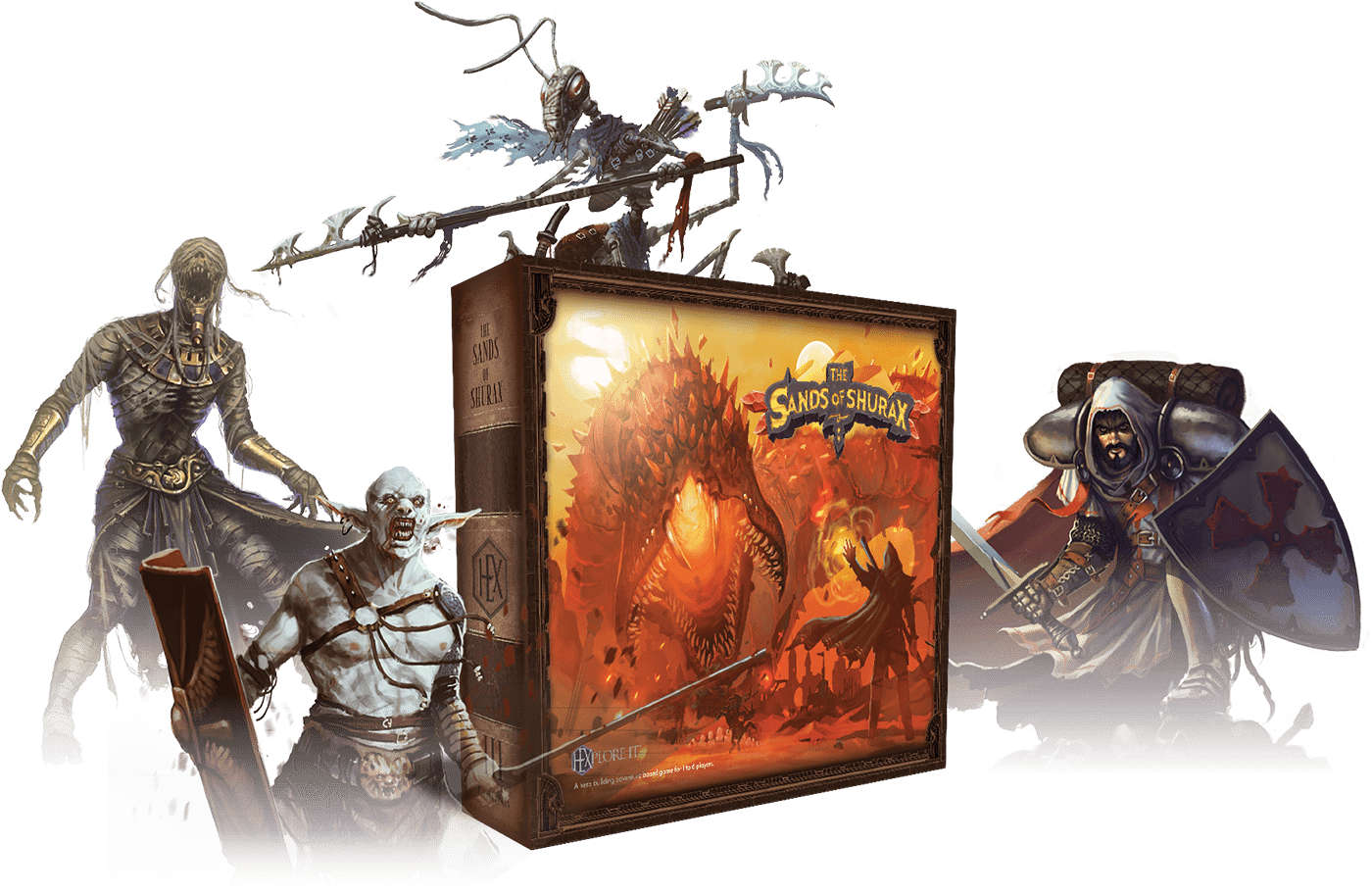 The Sands of Shurax is our third title in the HEXplore It universe. It is both a stand alone game and an expansion for our previous Volumes. Journey into an entrancing land filled with danger and intrigue. Interact within a rich world, directing your actions toward one of four end game scenarios.

Game lovers familiar with role-playing, turn based exploration, or hero building mechanics, will love this new volume in the HEXplore It gaming system.

Players can interchange heroes, play with two volumes at once, or with Sands all on it's own. The project features new hero options, terrifying new bosses, and hundreds of unique story-based scenarios. 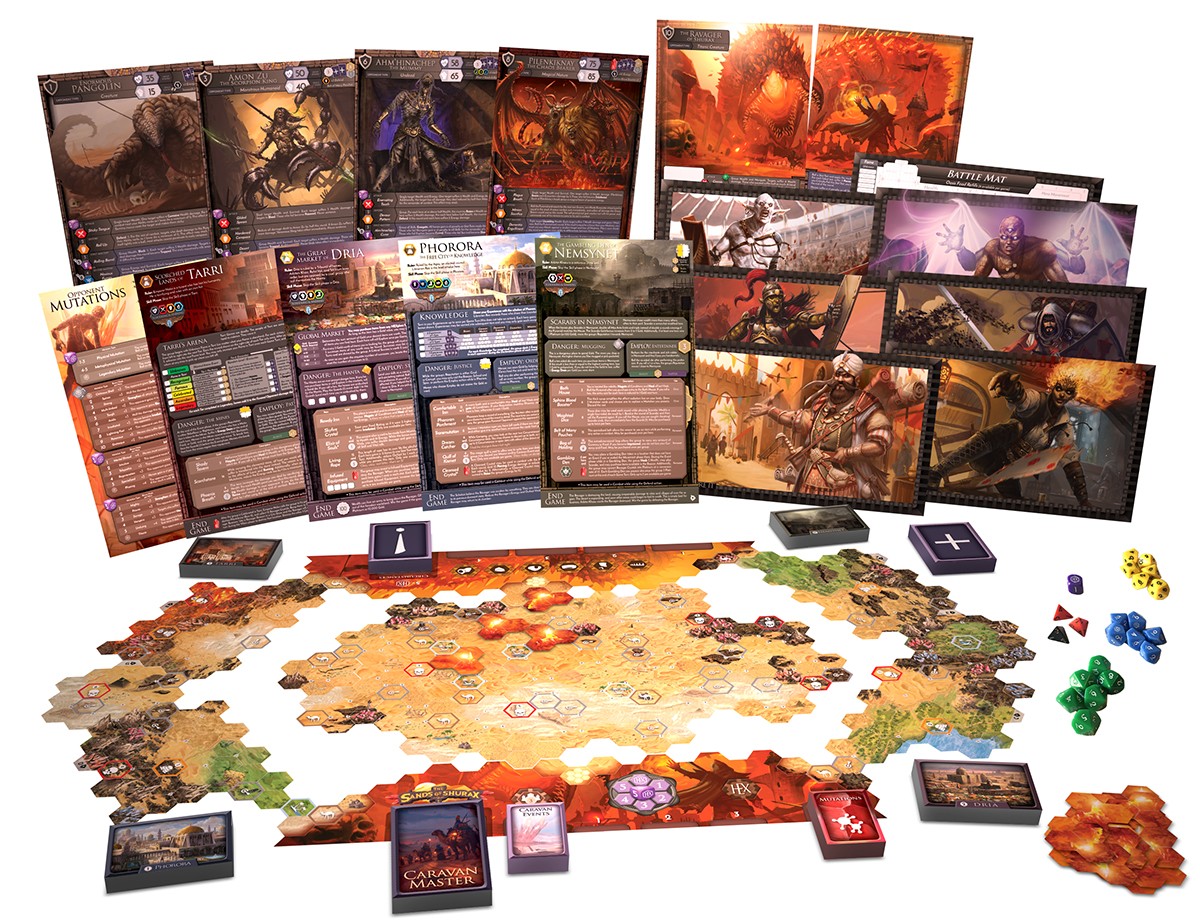 The Ravager has awoken!

A titanic creature called the Ravager of Shurax destroys portions of the map while your adventure unfolds. Make your way across the desert to perform missions, work with caravan masters, gain employment, or even enter the gladiatorial arenas. Battle through a variety of encounters during your travels, or move carefully and see what other discoveries or excavations you might unearth.

Build your heroes and gain power as quickly as you can to save the City-States. Kismet is what it will always be, but your heroes have the power to change the world. The object of Volume III is to pursue one of four unique win scenarios while powering up your hero. Can you save Shurax from the Ravager?

A legendary tale follows a group of adventures into the wastes after the Ravager. They find more than they bargain for, but can they survive? Read through our Sands of Shurax storyline here.

In the Sands of Shurax, heroes can enter gladiator arenas, school and spar for Gear Upgrades, gain Reputation, perform Missions, become Imprisoned, face Swarms and Hordes, and even gamble to increase their wealth!

Gather Ravager Crystals from Remnants, areas destroyed by the Ravager.  But beware, your heroes may become Irradiated and gain Mutations when doing so!

Unearth Expeditions and locate a ton of new Discoveries, or simply wander the map working for the nefarious Emperor Noko. Face our first Titanic opponent or find another way to win the game! Whatever you decide, you'll have tons of new options available to you with this new Volume.

There are hundreds of unique scenarios that can affect each play through. Team up to create your heroes and choose one of four end game scenarios to pursue!

Ready to find out more?